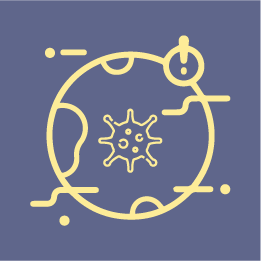 The New York State Council of Churches collaborates with secular and faith-based organizations to offer resources for congregations to respond to natural and health related disasters at the local, state, national and international level. The Council also offers information on how congregations can protect their regions and themselves from disaster with suggestions and vehicles to offer material assistance in disaster zones. We have also done considerable work to address the Covid-19 pandemic.

Our hearts are broken at the news of a mass shooting at a Tops Supermarket in Buffalo. The shooter, Payton Gendron, an 18 year old man espousing white supremacist views, used a gun with additional magazines, to shoot 13 people, killing 10 of them. Of the 13 he shot, 11 were Black.

Here is an interview Peter Cook had with The Guardian on Christianity and guns which appeared on May 19. Remember that we need much stronger Federal legislation with complements on the state level. See review of executive orders proposed state legislation from Governor Hochul in City and State and a story in Democracy Now featuring the Executive Director of Brady.

VOICE Buffalo has published on their website a variety of ways in which people from across Western New York, the state and country can respond to the tragedy. To view resources click here.

We must take white supremacy seriously and counter it in its many manifestations.

We are challenged to think about what we are doing to address racism in white churches. We need to have much more serious conversations about white supremacy.  Some politicians are known to propagate replacement theory which suggests that people of color and immigrants are being brought in to diminish the political power of white people. This was one of the many white supremacist ideas embraced by the shooter in his manifesto.

We need to take gun violence seriously and do something about it.

We need much tougher Federal gun laws which make it impossible for states with fewer gun restrictions to export these weapons to other states with stronger gun laws. One thing we must never do is to call for re-instituting the death penalty in New York as was proposed by some in the Republican Minority. We must look closely at what steps must be taken to stop gun related crimes and take restorative and not revenge-based approaches to criminal justice reform.

The New York State Council of Churches seeks to offer guidance to congregations on how to respond in the wake of disaster. In 2020 and 2021 the focus has been on guidance for congregations on how to navigate during the pandemic including guidance on regathering, vaccination and associated public policies. In addition, during times of natural disaster at the local, statewide, national and international level we profile relief efforts underway which congregations can support.

The Wisconsin Council of Churches offers the most up to date guidelines for houses of worship about how to open safely and be a public witness for full vaccination and masking requirements in the community as a whole. Almost all their guidance will be of great value to New York State Congregations and we commend it to you. Here is the link to their latest updated guide: Returning to Church 3.0.

Covid-19 restrictions are being lifted as we arrive at a milestone in New York that 70% of the population 18 and over has received at least one vaccination shot. We are not, however, at a vaccination rate achieving herd immunity. It’s important to stress that people who are unvaccinated continue to die. While New York was celebrating, the nation hit another horrible milestone that 600,000 US residents had died of COVID including people from New York. We need to continue to urge people who are vaccine hesitant to get a shot.

Here is a webinar produced by Wisconsin Council of Churches to discuss approaches to encouraging people to get the vaccine. Webinar Link

As more congregations open up, they still need to be mindful of the dangers of COVID and take prudent steps to safeguard the public. Here are guidelines for regathering suggested by the Wisconsin Council of Churches

September 27. Governor Kathy Hochul issued a vaccine mandate that all hospital and nursing home workers must be vaccinated or they will no longer be employed.

In New York and across the world, we're still dealing with the pandemic and its effects even as more people are getting vaccinated. We offer seminars and written guidance on addressing the COVID-19 crisis particularly as congregations begin to re-gather and seek to advocate for public policies and funding which protect the public’s health. We urge congregations to encourage vaccinations through local efforts and contact your county health department for statistics and campaigns to promote.

About Viruses, vaccines, and variants

Exploring the Impact on Covid-19 on Churches and worshipping communities

Valuable Links to Faith based and Secular organizations On Disaster Assistance;

Hurricane Ida. Hurricane Ida had an enormous impact on Southern New York flooding many homes, apartments, businesses and congregations. If you were affected by Hurricane IDA and wish to access disaster aid go to: To Register: www.disasterassistance.gov or call 1-800-621-3362.

President Biden has declared a major disaster for the Bronx, Brooklyn, Queens, Staten Island and Westchester Counties - for both Individual Assistance and Public Assistance. This means any household impacted by Ida, that has at last one U.S. Citizen or Green Card holder of any age, can apply to FEMA for an "Other Needs Assistance" grant of up to $35,500.

Long Island Board of Realtors: https://www.lirealtor.com/news/real-estate-news/view/news/2021/09/22/libor-assists-in-hurricane-ida-disaster-relief-for-long-island-community‍

The $27 million fund, to be paid for jointly by the state and city, will be aimed at people ineligible for aid through the Federal Emergency Management Agency because of their immigration status. Read about it here.