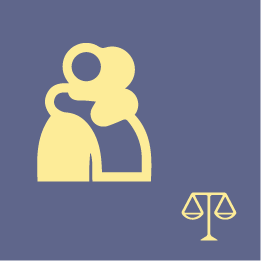 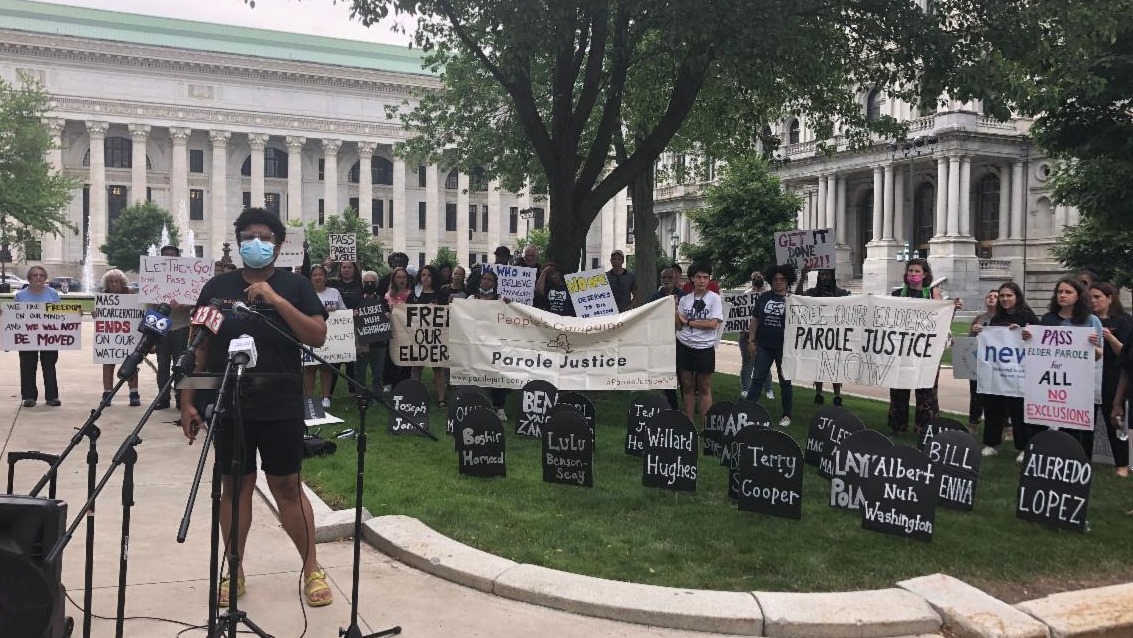 We are committed to shaping a criminal justice system rooted in the premise of repentance, forgiveness, and restoration, not revenge and punishment. We also seek to address the root causes of crime including poverty and wealth inequality. Our goals are 1) to Keep people from going to prison in the first place. 2) if someone has the misfortune of being incarcerated that they receive the best pastoral and vocational assistance possible to restore themselves and get out of prison and 3) once they are out of prison to stay out and feel the society is erecting barriers that facilitate recidivism.

New York City: Addressing the horrific conditions at Rikers Island. Here is an article about the situation in Rikers in the Intercept and an editorial about Rikers in the New York Times. On September 24, New York City Congressional Democrats Called for Biden to Intervene at Rikers which included a call on the United States Justice Department to open a civil rights probe.

Following the lead of Trinity Church Wall Street and Interfaith Center of New York, New York State Council of Churches urges faith leaders to sign this letter to Borough President Eric Adams and Curtis Sliwa asking that when one or the other becomes Mayor, that they will commit to closing the jails on Rikers Island, and to invest in the policies that keep all our neighbors far away from Rikers Island. This letter allows you to sign on with just your name, the name of your faith institution, or both.

Albany: On November 2, City of Albany voters will go to the polls to vote on increasing the Community Police Review Board’s authority and ability to conduct investigations and to exercise oversight, review, and resolution of community complaints alleging abuse of police authority. For more discussion of this important proposition to increase police accountability read this article in Albany Proper

Memo of Support of Passage of Challenging Wrongful Convictions Act

View the recording of our March 23 Town Hall on Proposed Bail, Raise the Age, and Discovery Rollbacks here

On Friday, September 17, the Less is More Act was signed by Governor Kathy Hochul, preventing the re-incarceration of paroled prisoners based on technical violations. Here is a link to the signing ceremony which features speeches by the Governor Hochul, legislators and activists. Our Executive Director, Peter Cook, was able to participate in the signing ceremony.

Less is More will help keep more individuals out of jails and prisons including Rikers Island which holds an especially high number of individuals re-incarcerated for technical violations. The recent tour that Attorney General, Letitia James, and several other District Attorneys took of Rikers Island was helpful in getting news out to the public about the horrid conditions of New York City’s main jail complex. As the population of Rikers Island has grown by two thousand within the past year with eighty percent of its residents awaiting trial, the Less is More Act will be most helpful. Since Less is More will not be in force until March of 2022, Governor Hochul released 191 prisoners in Rikers Island right away. It is very important that Governor Hochul and Lieutenant Governor Benjamin continue to advocate for further criminal justice reform legislation and that the public lend their support in that effort.

Governor Cuomo signed into law the HALT Solitary Confinement Act which eliminates the use of long-term solitary confinement in jails and prisons. Many in the faith community for years have advocated for dramatic reductions in solitary which international human rights groups have rightly named as torture.

Now that the HALT Act is law, we are advocating for proper implementation and oppose current efforts at Rikers and other New York City jails to skirt the spirit of the law.

We also saw voting rights restored for those on parole. In New York, the general rule is that you can vote after incarceration for a felony conviction, or while you are on parole or probation. In these cases, your voting rights are automatically restored, but you have to re-register in order to vote. You do not need any special documentation to register.

On May 4, 2021, Governor Cuomo signed legislation to immediately and automatically restore the right of people on parole to vote in all elections.

Previously, as of 2018, New Yorkers who were on parole after incarceration for a felony could only have their right to vote restored on a case by case basis by a partial executive pardon that restored each approved person’s ability to register and vote.

With this new legislation, a clear rule of law has been established: if you are living in the community, you can vote in all local, state, and federal elections.

If you were previously registered to vote and were sentenced to prison, you will need to re-register to vote once you are released.

Criminal and correctional system officials are also required to educate people moving through the system about how your rights will be impacted, what resources are available to you and how to ensure you are registered to vote as soon as you return to your community.

Fair & Timely Parole would require the parole board make decisions about release, to give more weight to how a person has transformed their lives rather than focusing on the original crime. The bill did not make it to the floor for a vote and advocacy is underway to see if the bill can still be voted S.2144/A.9040 upon in 2021.

The Elder Parole (S.2144/A.9040) would give a person, over the age of 55 and who has served 15 years, the right to have a parole hearing. The bill did not make it to the floor for a vote and advocacy is underway to see if the bill can still be voted upon in 2021.

You can find memos and other materials here on Elder Parole and Fair and Timely.

To read Peter Cook’s article in the Times Union in support of Fair and Timely, click here

Clemency. Freedom Unshackled is advocating to have the Governor dramatically increase the number of clemencies granted to 4 times a year to 50 men and 50 women each time, totaling 400 clemencies per year. Typically, we only see a handful of clemencies granted during the week between Christmas and NewYear's, but we know that justice cannot wait and we need to bring our loved ones home! #Clemency4xY.

Listen to this excellent commentary on the Brian Lehrer Show on clemency and parole by Steve Zeidman, professor and director of the Criminal Defense Clinic at CUNY LawSchool.

The CleanSlate bill allows S.1553A/A.6399)for expungement of a record 3 to 7 years after completion of parole. This bill sought to address the challenge of people being able to secure employ mentor housing because of their published record. We refer to these permanent paper trails as “paper handcuffs.” The bill did not make it to the floor, in part, because some lawmakers were concerned it would impede organizations (like churches) from doing background checks. We are hopeful these concerns can be addressed to enable the bill to move forward. The bill did not make it to the floor for a vote and advocacy is underway to see if the bill can still be voted upon in 2021

S.2960/Assembly Bill A.4565 Authorizes the city of Rochester to adopt a local law requiring a member of the police force in such city to be a resident of Rochester subsequent to the effective date of such local law. This bill did not get a floor vote

Senate Bill S.4462/AssemblyBill A.4566, also known as "Spit Hoods Ban” did not get a floor vote in the legislature.

Senate Bill S.4002/AssemblyBill A.5449, also known as "Chemical Irritants Ban,” Prohibits the use of chemical agents by police officers against minors under the age of eighteen. Bill did not get a floor vote in the legislature

October 24, 2021, Gov. Kathy Hochul signed into law four bills meant to aid formerly incarcerated people, which, taken together, provide support to people who have served their sentences following conviction with an eye toward reducing recidivism, State of Politics reports.

On the Federal level, the George Floyd Justice in Policing Act passed in the House March 3, 2021 but is now stalled in the Senate. This bill addresses a wide range of policies and issues regarding policing practices and law enforcement accountability. It increases accountability for law enforcement misconduct, restricts the use of certain policing practices, enhances transparency and data collection, and establishes best practices and training requirements.

The bill enhances existing enforcement mechanisms to remedy violations by law enforcement. Among other things, it does the following:

It establishes a framework to prevent and remedy racial profiling by law enforcement at the federal, state, and local levels. It also limits the unnecessary use of force and restricts the use of no-knock warrants, chokeholds, and carotid holds.

The bill creates a national registry—the National Police Misconduct Registry—to compile data on complaints and records of police misconduct. It also establishes new reporting requirements, including on the use of force, officer misconduct, and routine policing practices (e.g., stops and searches).

Passed in the House, March 3, 2021. but remains stalled in the Senate.